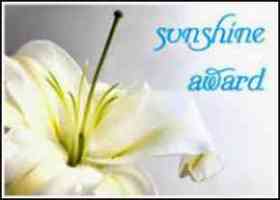 I was nominated by the fabulous Lauren at teardropsfalling for the Sunshine Award! My heart is so happy because my intent with starting to blog was to share in a sunnier side of infertility. By choosing to live in the rays of sunshine that occasionally peek through the dark clouds of reoccurring pregnancy loss my hope is that I encourage others to do the same through my writing.

The Sunshine Award is for that purpose…to nominate those who bring sunshine to others.

Here are my 10 questions for myself and my new nominees:

Starbucks, Peace and the Pursuit of Baby

Trauma travel (Verb): The act of taking a trip to a foreign country and/or a super awesome locale to lick your wounds after life delivers a major bitch slap.

I wish I could say that I am the great pioneer of trauma travel but I’m pretty sure Elizabeth Gilbert beat me to it.  Her little novel called Eat, Pray, Love (you may have heard of it? I’ve only read it a million times) found its way to the New York Times best seller list and became a blockbuster hit.  So while I am not the founder of this awesome method of healing I sure am working on perfecting it.

When the universe decided to make me its human punching bag last week by delivering an epic failure for my first round of IVF my husband and I decided we are way overdue for some R&R. After pulling the plug on stimulation day 10 after only 3 out of my 12 follicles woke up from their snoozefest I thought I’d indulge my non-pregnant self with things that I would not be able to otherwise do if I were with child.

They include: ziplining, massages whilst laying on my stomach, surfing, drinking adult beverages out of coconuts and hanging out near an active volcano. They will all be accomplished by the end of this month in Costa Rica!

For me, nothing cures the life shat upon me feeling quite like my passport and a plane ticket to anywhere but here. At this point it is safe to say I am an expert trauma traveler.  In the last 15 years if I have needed to clear my head and readjust my sails I’ve hopped on a plane.

Out of the 35 countries I’ve visited a handful have been to lick my wounds. When I went through major breakups in my 20’s Norway, Germany, Italy, Thailand and the Philippines were all there to give me the warm hug and kick in the ass I needed.

When I was laid off from the advertising world when the recession hit I dashed off to Norway and England to plot and plan my next career move.

When I lost my son Blake I got on a plane to New York City a month and a half later (which did prove to be a bad idea when I uncontrollably sobbed for hours in Central Park) So I headed to Seattle a few months later and the trip breathed a bit of life back in to me.

In January my husband and I explored Colombia a few months after I miscarried at 9 weeks.

I’ve learned that life happens in between positive pregnancy tests. When we are “trying” I feel as if I am holding my breath underwater and when we aren’t I’m allowed to come up to the surface to breath again.   I have learned and continue to relearn to find the happy in the “in between”. I try to avoid the “if I get pregnant then I will be happy” mentality because my in between  is that infinity pool overlooking the ocean in the photo above. I’m going to soak up all life has to offer in the in between.

I wrote this in January 2012…8 months after the stillbirth of my son. It has never seen the light of day until now… In honor of my due date of October 15th I wanted to share.

“We are proud that Enfamil is the number one infant formula recommended by pediatricians please stay on the line and you will be connected to an Enfamil expert. “Press one to learn more about our wide range of formula’s to reach your baby’s changing nutritional needs.”

WHEN DOES IT STOP?

After what seemed like the longest 2 minutes and 53 seconds I’ve ever experienced the only answer I got was a recording. “We’re sorry, but no one is available right now to answer your questions.” Of course they aren’t.  God hasn’t even been available to answer my questions so why in high heavens was I hoping to find respite from heartbreak in a toll-free number?

See these are the finer details about pregnancy and infancy loss that go unmentioned. After the condolence cards and flowers stop and people move on in their lives and no longer ask you how you are doing; there you are, watching your favorite reality show and BAM a P&G Proud Sponsor of Moms ad comes on and takes you back to the exact moment you found out you were going to be a mother.

Eight months, seventeen days and a handful of hours after giving birth to my son 23 weeks early I finally had enough emotional strength to call the lauded baby formula conglomerate and kindly ask them to stop rubbing salt in my open wound by removing me from their mailing list. My once joyous trip to the mailbox  like has become Russian roulette with my snail mail. Was I going to get the new issue of Marie Claire or was Cord Blood Registry going to be selling me on the virtues of saving my baby’s umbilical cord?

Had my son not been taken from me before he even took his first breath I’d have a 12-week-old.  My infrequent trips to the mailbox remind me of that. While the pregnancy magazines and baby’s first portrait mailers have subsided the permanent scar on my heart has no return to sender address.

WHEN DOES IT STOP?

I’m no expert but I don’t believe a mother’s love can or ever will stop. It’s painful because we loved. Things do get easier with time. I’m genuinely happy for my pregnant friends, I can interact with little blonde hair blued eyed boys without feeling like I want to vomit and I smile when think about my angel instead of curling up in the fetal position to sob. But man, there hasn’t been a single day that has gone by that I haven’t thought about my son.

One of the most heart-wrenching aspects of my experience is that I am far from alone. Come to find out, I am just another notch on the second trimester loss totem pole.  One-by-one friends and acquaintances have reached out to share their all-to-familiar horror stories. The idea that they may have suffered in silence makes me want to shout my experience from the social media rooftop. Pregnancy and infant loss is still taboo. Death makes people uncomfortable, especially the death of a child.

WHEN WILL IT STOP? 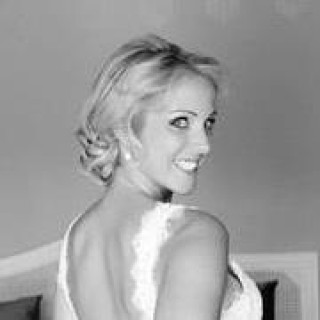